Your Impact: Surgery in 3D

Your Impact: Surgery in 3D

The mechanical arm spins in its case, applying thin deposits of resin. Several hours later, the distinct shape of a human spine begins to emerge: 33 vertebrae and the soft discs that separate them. The 3D printer has created an exact replica of a patient’s backbone. The Montefiore Einstein 3D Laboratory has been making surgery easier for doctors and patients since the spring of 2017.

It helps surgeons envision, plan and conduct complex operations more precisely than ever before—anticipating challenges, reducing risk during surgery and, ideally, improving outcomes for patients. The lab’s co-directors are Oren Tepper, M.D., the director of craniofacial and aesthetic surgery at Montefiore and an assistant professor of surgery at Einstein, and Evan Garfein, M.D., an associate professor of surgery at Einstein and the chief of the division of plastic and reconstructive surgery at Montefiore.

Consider surgery for scoliosis, a curvature of the spine. Before the development of the 3D lab, orthopedic surgeons correcting this condition could see the patient’s spine only from the back, and only during the operation itself. But now, says Dr. Tepper, 3D models allow surgeons to get a 360º view before they begin to operate.

Montefiore’s use of 3D models has also helped correct congenital jaw deformities by allowing doctors to build anatomically accurate implants, and to perform surgeries to repair childhood deformities of the skull. For example, 3D modeling contributed greatly to the successful separation of conjoined twins Jadon and Anias McDonald in 2016. James Goodrich, M.D., Ph.D., the chief of the division of pediatric neurosurgery at Children’s Hospital at Montefiore and a professor in the Leo M. Davidoff Department of Neurological Surgery at Einstein, led the 27-hour procedure. Before separating the twins, Dr. Goodrich—an expert in conjoined-twin surgery—and his colleagues used 3D modeling to help plan the operation. Now, more than 18 months after their procedure, the McDonald twins are thriving toddlers.

The creation of 3D models starts with computed tomography (CT), magnetic resonance imaging (MRI) and 3D digital images. Technicians take those images and use special software to turn them into 3D anatomical renderings, which they send to Montefiore’s 3D printer. The whole process—from consultation to imaging to virtual modeling to printing—can take as little as a few hours or as much as a full day, depending on the model’s complexity.

Looking to the Future

Einstein students and fellows already benefit from the educational opportunities the 3D lab offers. An updated curriculum ensures that scientists and researchers use 3D models to educate future surgeons. Pediatric cardiology fellows recently examined models, built from scans of Montefiore patients, that covered a range of heart conditions—some so rare that the fellows might encounter them only once or twice during their training.

The 3D lab is expanding its scope beyond the surgery department; it now works with orthopedics, urology and cardiology to benefit the entire Einstein Montefiore community—with additional partners welcome. “We’re hoping that people will come to the 3D lab with their designs—and not just those for anatomical models,” says Dr. Tepper. “If you have an idea for a splint or a hand-washing station, the lab can print a prototype for testing. That kind of help can really speed innovation.” 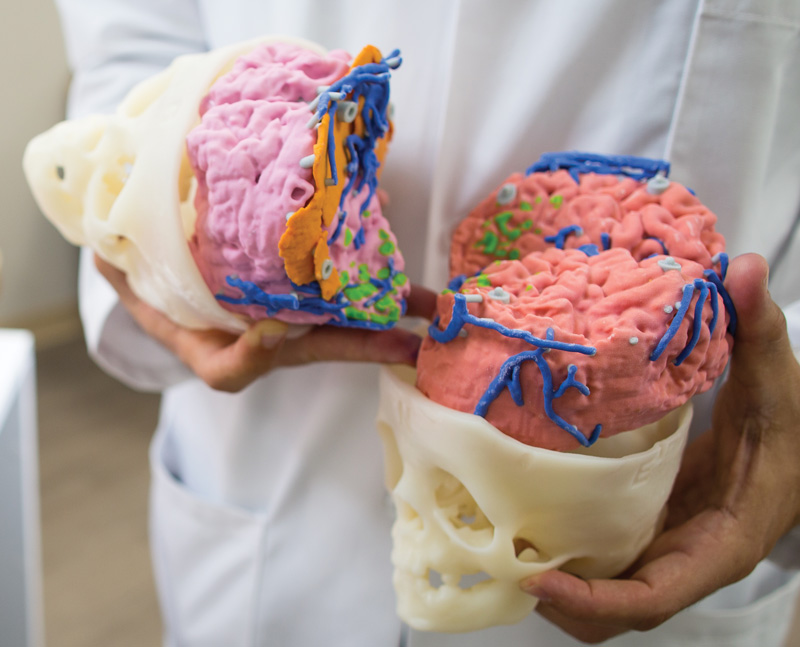 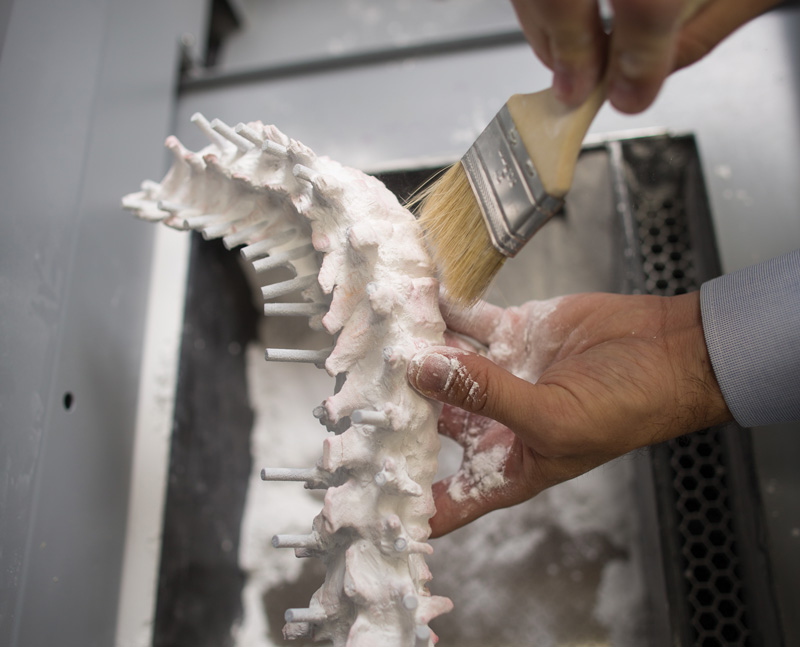 A 3D model like this one aided the McDonald twins’ separation.